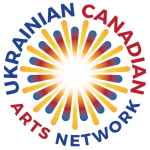 Born in Lviv, Ukraine, in 1927, in Montreal since 1952, Wolodymyr Mota, basso profundo, has performed with his bandura, Ukraine's national instrument, in numerous concerts in churches, on TV and radio, at EXPO'67 and other commemorative events. He has performed for parliamentarians in Quebec and in Ottawa, as well as in the Embassy of Ukraine in Ottawa. He has also performed in other parts of Canada, in the United States, England and Ukraine. He recently released his second CD, in homage to Ukraine's most celebrated poet Taras Shevchenko. For his artistic activity he has received many recognitions, including one from the president of Ukraine in 2008. He continues to perform regularly for the sheer joy of sharing Ukrainian songs, which has been at the core of his life.